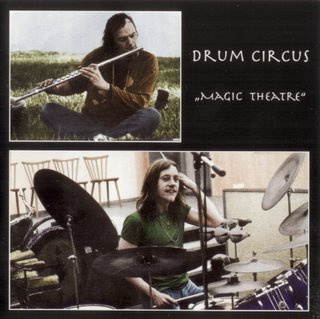 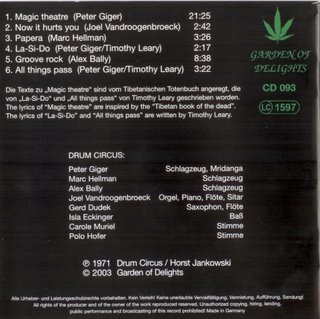 This is a recent discovery of mine. The Band "Drum Circus" formed in Switzerland and recorded this album in 1971. In 2003 the German label Garden Of Delights finally released their album, which does not lack of variety and inspiration as their style combines psychedelic, freejazz, fusion and Indian inspired music (sitar, vocals, rhythm).

The other tracks are shorter but definitely also worth a listen. Enjoy! :-)

I am back. I finally decided to continue with this blog. I am thinking about a premium membership on rapidshare.com, which will provide the links for you as long as I have this premium account.

I hope you noticed that I replaced the shoutbox, which was'nt very helpful anyway, by a real chatroom. I will be there for you and in case you have any questions do not hestitate to ask me about what you want to know.

As for the brother who requested "Alice Through The Looking Glass": I have the ultra-rare LP but I am missing one track...

i made quite an effort to find this. It's a reissue of 2004 tho and includes tracks on Message to a Harlequin (see some posts below for the complete album), Tim Hollier (1970) as well as Skysail (1971). It's a very good compilation tho, don't miss it! There's only one track viz "In This Room" missing which was originally included on Tim Hollier's selftitled album as well as on the single (In this room 1970). For an overview about his albums (all vinyls!) and other issues click here 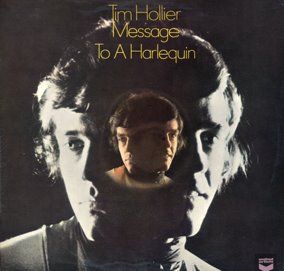 1. Message To A Harlequin
2. Street Of Gold
3. Jimmy
4. Do You Remember When
5. And Where Were You That Morning Mr Carroll
6. Full Fathoms Five
7. In Silence 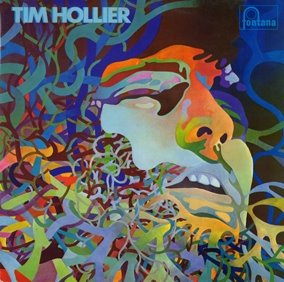 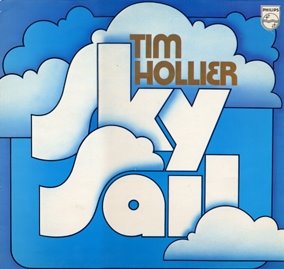 18.Tenderly Stooping Low
19.Time Has A Way Of Losing You
20.Skysail
21.Beauty Of The Gardens
22.And I Wait For That
23.While London's Days Increase

!!!note: should both download links be identical please let me know immediately!!! 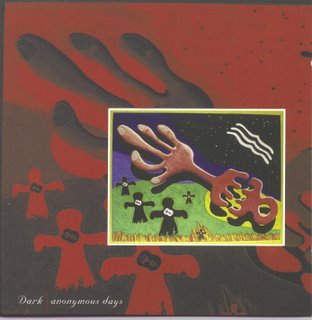 ANONYMOUS DAYS is the second studio album from Dark recorded 23 years after the first, the famous and highly collectable 'Round the Edges' LP. The band's line-up remains the same, Steve Giles, Ron Johnson, Martin Weaver and Clive Thorneycroft. Anonymous Days contains songs written between 1974 and 1995 and is the album we always wanted to make, combining the Dark progressive rock style with the latest recording techniques.

The first album was recorded in about 24 hours, this one took an awful lot longer: that's modern studios for you. The tracks are pure Dark combining complicated twin harmony guitar work with thought provoking lyrics and wide ranging musical structures.

We thoroughly enjoyed getting back together again to write and rehearse after all those years, we even played a live gig in our home town of Northampton. At the start of the project Ron's bass guitar was taken from the dust in his loft where it had lain undisturbed for over 20 years. After the album was finished he put it back in exactly the same place ready for the next one? 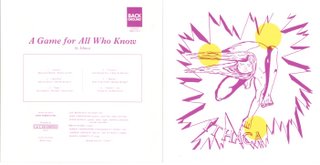 Stylistically and structurally, "A Game For All Who Know" is much in the vein of "Fly Away". In other words, the trio followed their original style right up to the end of their musical career. Of course, the music that is presented on this album is still about the same, accessible and melodious, Symphonic Art-Rock with the elements of Folk Rock. The arrangements that are featured on "A Game For All Who Know" are for the most part of an acoustic character, as well as those on "Fly Away". However, unlike the trio's previous album, all the songs that are featured on "A Game For All Who Know" were, overall, created within the framework of a unified stylistics. As for the progressiveness of these songs, three of them, namely Journey, Questions, and Dream (tracks 1, 2, & 5), are more straightforward than any of the remaining three songs. The vocals that are present on Journey, Questions, and Dream are for the most part accompanied only by the monotonous rhythms of acoustic guitar and chords of organ. While on Times, Feelings, and A Game For All Who Know, the instrumental arrangements are always intensive and flow nonstop regardless whether there are the vocals. All three of these songs are excellent, but the album's title-track is an absolute winner. It is filled with diverse and tasteful interplay between passages of acoustic guitar, piano, and Mellotron, and solos of electric and bass guitars. By the way, A Game For All Who is the only track on the album that features the Mellotron. A 'chief' keyboard instrument on all the other tracks of the album is an electric organ. Apart from the album's title-track, the piano passages are present also on Journey, Questions, and Times. The solos of electric guitar and recorder play minor roles on this album. While the passages, solos, and rhythms of acoustic guitar, solos of bass guitar, and chords of organ are notable throughout the album. As for the parts of drums and percussion, they are present on each track of the album as well. However, these parts aren't that noticeable. In fact, they are monotonous throughout the album. Which, though, doesn't much matter with regard to this kind of music. Surprisingly enough, about two thirds of the vocal parts that are featured on this album were sung by Lee Mennelaus. (In the review of "Fly Away", I mentioned that her angelic voice fits well the music of the trio.)

Summary. Undoubtedly, "A Game For All Who Know" is the most integral, coherent, and progressive album by the trio of Ferdinando, Howell, and Mennelaus. In that way, the last chapter of their creation can be considered their creative peak. Once again, I can highly recommend this album only to those who love the music of Renaissance-Mark-I and Illusion, both of which are virtually the same band, and the likes. 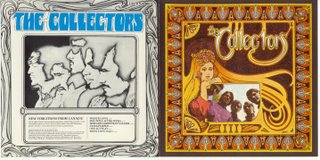 Originally formed in 1964 as the Classics (adopting the name CFUN Classics when they gigged to promote local Vancouver, BC radio station CFUN-AM), the group were featured as the house band on Let's Go, a weekly TV show. In 1965, they released two singles as the Canadian Classics -- "Til I Met You" (Jaguar 2002A) and "I Don't Know" (Valiant 723). The band reinvented themselves as the Collectors in 1966. With former horn player Howie Vickers handling lead vocals, they cut "Eyes" and "Don't Feel Bad" -- both of which later appeared on the History of Vancouver Rock and Roll, Volume 4 (VRCA 004; 1991.) "Eyes" -- a fine folk tune seasoned with tasty guitar and just a dash of psychedelia -- is easily the better track. "Don't Feel Bad" has a vague "On Broadway" feel. More elaborately produced, it also seems a less genuine effort. By 1967, in addition to lead singer Howie Vickers, the Collectors included Claire Lawrence (tenor sax, organ, recorder, flute), Bill Henderson (lead guitar), Glenn Miller (bass) and Ross Turney (drums) -- the band's "classic" line-up. Recordings from this period include the Vancouver smash hit "Lookin' at a Baby" (New Syndrome 16, 1967, subsequently reissued on the History of Vancouver Rock, Volume 3 VRCA 001, 1983) and two other 45s, "Fisherwoman" and "Fat Bird." "Lookin' at a Baby" is MOR flute-pop floating amidst heady clouds of psychedelia. Vickers' departure from the Collectors in 1969 necessitated Henderson's promotion to lead vocalist. Eventually, the band rechristened themselves Chilliwack. 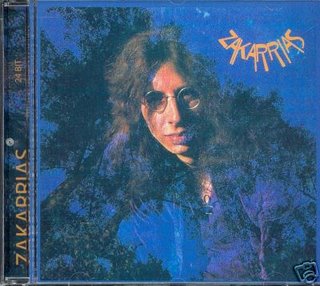 To me this is a wonderful album by this enigmatic and sensitive singer Zakarrias. The album has been released in 1971 and reissued as cd recently. The band can be compared with early Led Zeppelin imo. I can just recommend it to you, it's excellent! My fave tracks are "Sunny Side" (fantastic guitar work here!) and "Never Reachin" which is quite dreamy and folky(i love these soft background psych elements) (begin exactly within one minute :-) )

His name's Keith Christmas, a truly master of melancholy British folk rock. This is his second and to me best album alongside Pigmy which is his fourth. Here's an almost proper review by Richie Unterberger: "While Keith Christmas' second album was an improvement over his debut, there was still the sense that it was a stretch of his talents to fill an entire record with decent material. In its favor, it had some nicely integrated, varied arrangements that show more imagination than many other British folk-rock recordings of the early '70s: the jazzy piano-dominated vamp of "Waiting for the Wind to Rise," the lovely female backup harmonies on "The Fawn," the languid tempo of "Lorri," the gothic organ of "Kent Lullaby," the Mellotron-acoustic guitar-piano combination of "Hamlin," the rapid whirl of acoustic guitar picking on "Fable of the Wings." About half of the songs were mighty pretty, particularly "Hamlin" and the delicate "The Fawn." Christmas was good at establishing an attractively melancholy musical setting, but his rambling lyrics just couldn't hold up their part of the weight, and he was given to tracks that went on and on for way too long before fading, particularly on "Waiting for the Wind to Rise. I don't agree with him here ;-)"